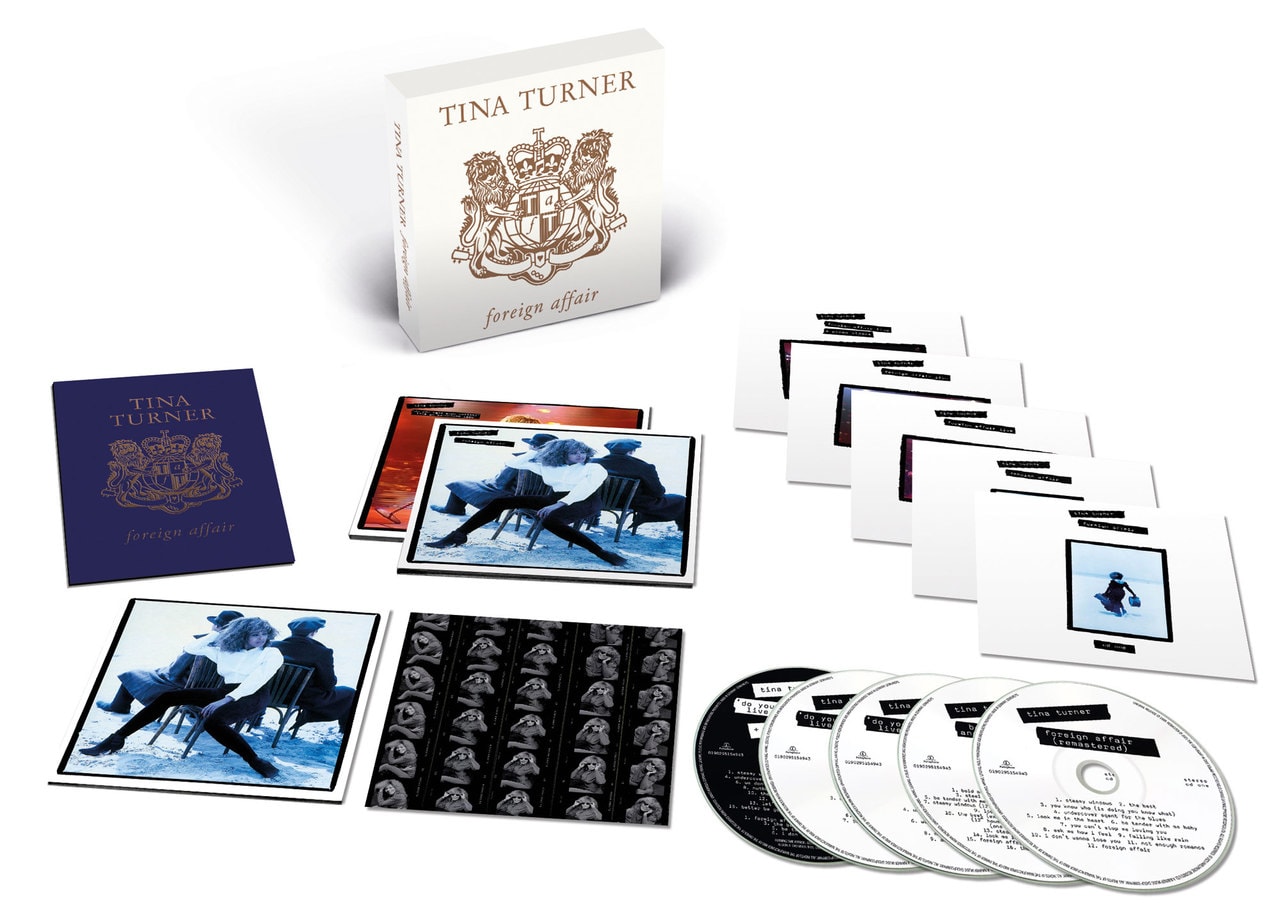 Tina Turner‘s 1989 album Foreign Affair will be reissued in July across a number of physical formats, including a 4CD+DVD deluxe edition.
The album produced many hit singles, particularly in Europe, with songs like ‘I Don’t Wanna Lose You’, ‘Steamy Windows’, the title track and of course ‘The Best’, which is very much a signature song for Tina these days.
The 4CD+DVD deluxe edition offers the remastered album on the first disc, a decent-looking selection of remixes and B-sides on CD 2 and then two further discs of Tina Turner live in Barcelona.
The Foreign Affair deluxe edition includes art cards, photos and a ‘commemorative passport’ (click image to enlarge)
The DVD features this same Barcelona live show as well as the videos for the album’s singles “restored to HD” (DVDs can’t natively display HD pictures so this is an unfortunate turn of phrase from the label, but they should still look good).