Madman Across The Water 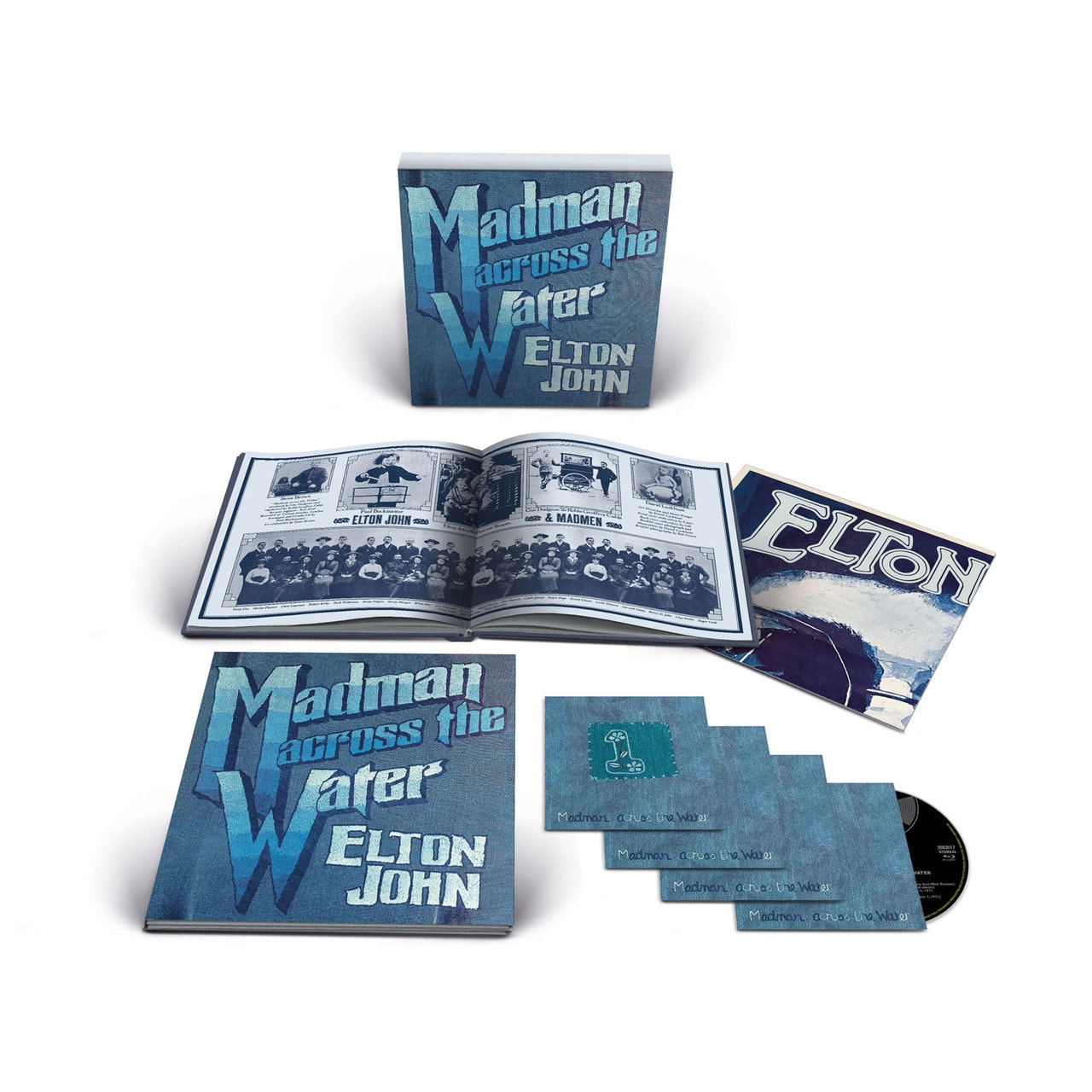 Elton John’s fourth studio album release in little over two years, Madman Across The Water has been a long held dear favourite of artist and fans alike. Madman Across The Water was largely written after Elton had made his initial foray to America; offering the opportunity for lyricist Bernie Taupin to witness first-hand the landscapes and people he’d only seen on a screen or on the page. Recorded at Trident Studios in Central London in February and August 1971, it was the first album where all five players of Elton’s fabled band line up – Dee Murray, Nigel Olsson, Davey Johnstone and Ray Cooper – were featured, albeit not on the same tracks.

While the UK were still deciding about Elton, these nine tracks struck a chord with Elton’s US audiences, reaching the Top 10 and its singles, ‘Levon’ and ‘Tiny Dancer’ both hit the US Top 50. After years as a ‘best kept secret’ to Elton’s fans, ‘Tiny Dancer’ has gone on to become one of his most loved songs, third only to Rocket Man and Your Song in global streaming lists. Capturing the headiness of California at the time of Elton’s first US concerts, the song was used to phenomenal effect in Cameron Crowe’s 2000 film Almost Famous.

3CD/1 BLU RAY SUPER DELUXE BOX SET w/ 18 previously unreleased tracks The box set includes a 104-page hard-cover book with introductions by Elton and Bernie, photos and full essay featuring interviews with many who helped make Madman Across The Water, plus a reproduction 1971 poster, as well as memorabilia and artwork taken from the Rocket Archive. CD ONE: Remaster of Madman Across The Water, plus five bonus tracks CD TWO: Piano demo version of the album, plus previously unheard full version of ‘Rock Me When He’s Gone’ CD THREE: The audio of the BBC Sounds For Saturday concert, first broadcast in 1972 BLU-RAY: Audio of 5.1 mix of Madman Across The Water, visual of BBC Sounds For Saturday; 1971 Old Grey Whistle Test performance