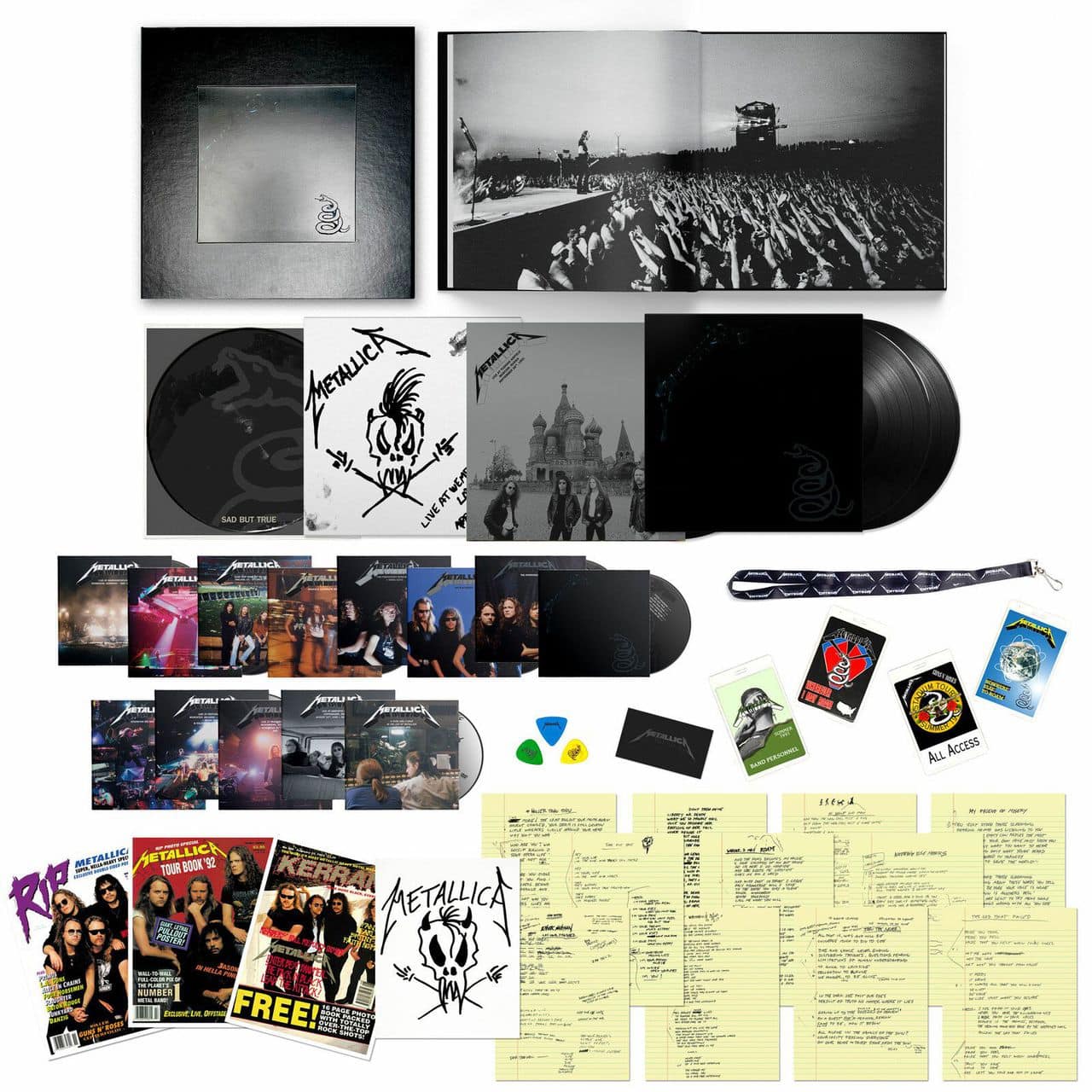 DELUXE BOXSET / EAN 0602508507076 Metallica’s eponymous album, better known as The Black Album – is remastered. The Black album is one of the most commercially successful and critically acclaimed records of all time, with global sales of over 35 million, and contains a series of unrelenting singles, “Enter Sandman,” “The Unforgiven, “Nothing Else Matters, “Wherever I May Roam,” and “Sad But True.” The standard album is remastered by Bob Ludwig at Gateway Mastering and all other content is remastered by Reuben Cohen at Lurssen Mastering. All content was overseen by executive producer Greg Fidelman.