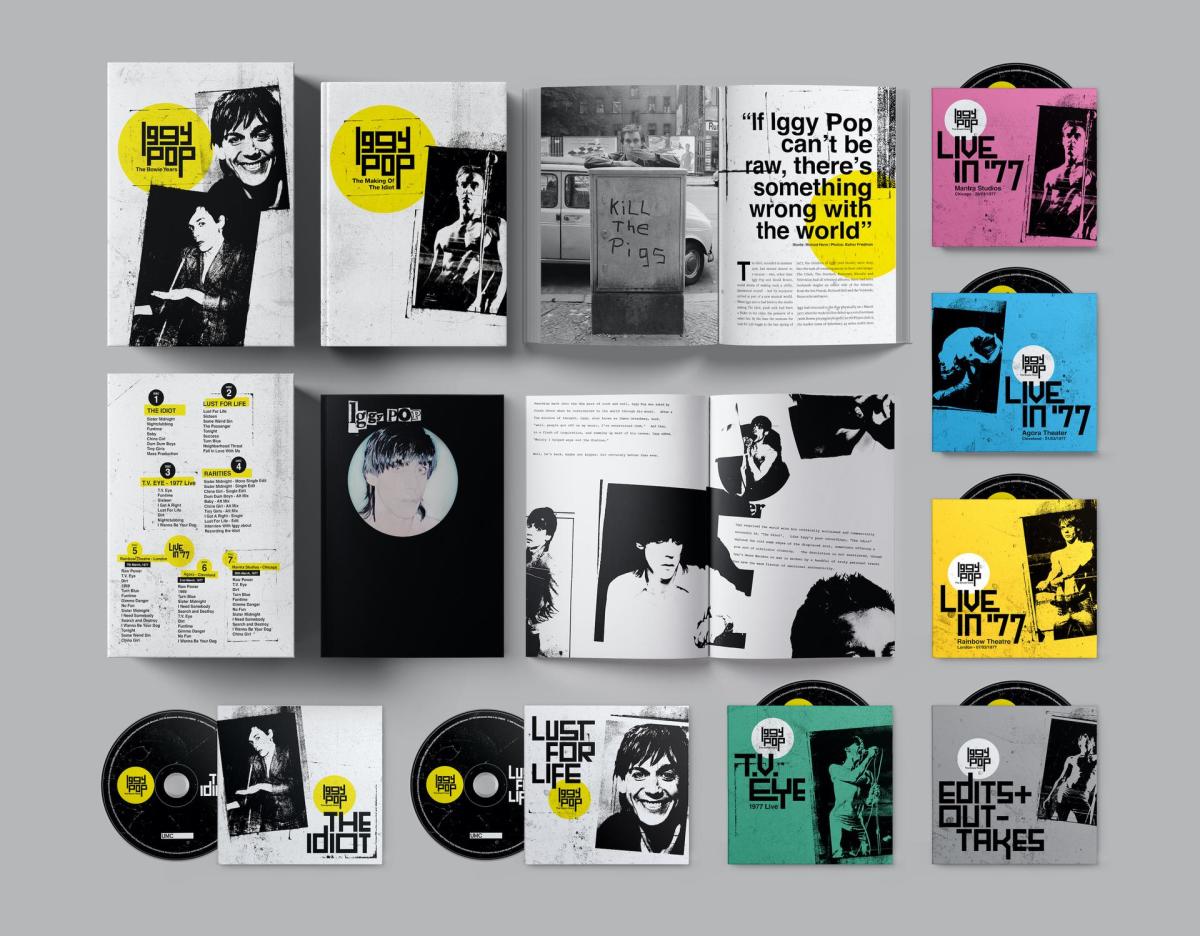 1977 the story of Iggy Pop and David Bowie’s Collaboration on two of the most iconic albums of the decade is told in a new seven CD box set which features the albums remastered, a disc of outtakes and three discs of live recordings officially released for the first time.

In 1977, Iggy Pop signed with RCA Records and with the help of David Bowie the two of them wrote and produced The Idiot and Lust for Life, Iggy Pop’s two most acclaimed albums as a solo artist, the latter featuring one of Pop’s best-known songs “The Passenger”.

Among the songs David Bowie and Iggy Pop wrote together were “China Girl,” “Tonight,” and “Sister Midnight,” all of which David Bowie performed on his own albums later on (the last being recorded with different lyrics as “Red Money” on the album Lodger). David Bowie also played keyboards on Pop’s live performances, some of which are featured on the album TV Eye Live in 1978.

This set has been mastered from the best possible sources, and contains a 40-page booklet written by the Guardians Michael Hahn with contributions from the musicians who played on the records and fans who talk about the influence the albums had on them.