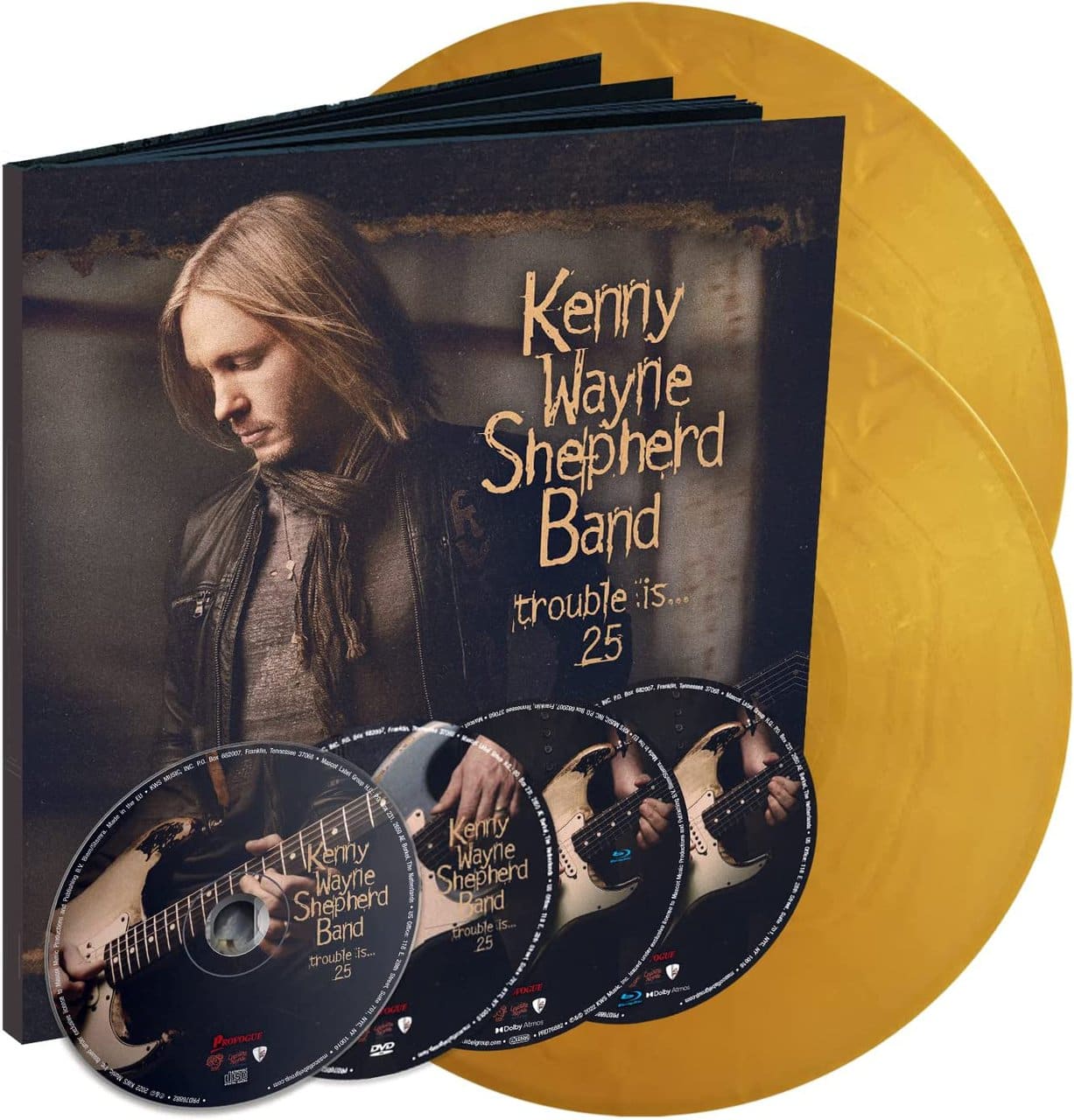 Great songs are not set in stone. Since he burst from the blues clubs of Louisiana onto the global music scene with 1995’s breakthrough first album, Ledbetter Heights, followed by his career defining second album, Trouble Is… in 1997, Kenny Wayne Shepherd has twisted those classic cuts into bold new shapes each night on the stage. Led by the pulse of the crowd, every last note alive in his hands, the Trouble Is… tracks have always been on the move, never settling into museum pieces. But to give a quarter-century-old album a second birth is another matter. And in more recent times, as the five-time-Grammy-nominated, multi-platinum-selling artist looked up the road and saw the 25th anniversary of Trouble Is… on the horizon, he hatched an audacious plan.“One of the coolest things about re-recording Trouble Is… has been finding out – or verifying – how timeless this album really is,” says Shepherd, who also is leading a triumphant anniversary tour across the United States in 2022 and 2023, performing the album in full. “I’m so proud of what we accomplished, and also the fact I was just 18 years old when I did it. I mean, I had an experience with this album that most musicians can only dream about. Trouble Is… sold millions of copies. There’s validation in all of that for me.