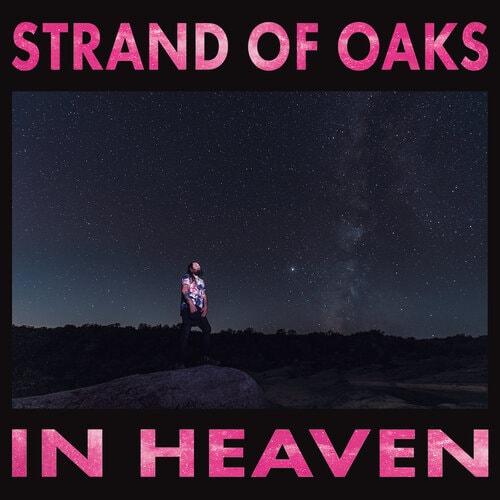 To say ‘In Heaven’ is about conquering grief would be oversimplifying everything Tim Showalter has achieved on the eighth studio album from Strand of Oaks. A stunning, hopeful reflection on love, loss, and enlightenment, ‘In Heaven’ is a triumph in music making, and a preeminent addition to the Strand of Oaks discography.

‘In Heaven’ was recorded in October 2020 with Kevin Ratterman at Invisible Creature in Los Angeles. Carl Broemel (My Morning Jacket) is featured on guitar through the record, while James Iha (The Smashing Pumpkins) contributed vocals and guitar for “Easter”. Bo Koster (MMJ, Roger Waters) provided keyboards, Cedric LeMoyne (Alanis Morrissette, Remy Zero) bass, Scott Moore violin, and Ratterman monstrous drums. Showalter also played a lot of synth on this record, which he hasn’t done since 2014’s HEAL. With clean sounds, Jeff Lynne-esque acoustics, and sophisticated songwriting, he approached ‘In Heaven’ in a more poised and pop-leaning way than his past releases.