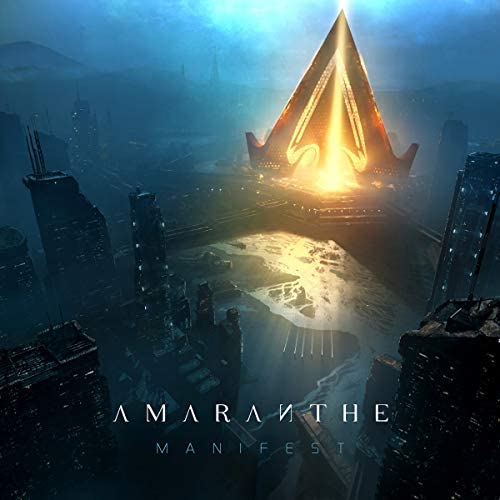 Devoted fans of this band will have no complaints when new album Manifest is finally released. Although the Swedes have made their eclectic, unpredictable approach to making heavy music a trademark, the huge melodies, incisive riffing and scintillating, multi-dimensional sonics that have typified their rise to glory are here in abundance. But as with every Amaranthe record to date, Manifest is also a clear and purposeful leap forward, too.

Recorded in Denmark with long-time collaborator Jacob Hansen, Manifest is an album of multiple moods and textures, of immense power and aggression, and of exquisite beauty. That bold blending of disparate elements has always been part of the Amaranthe ethos, but on their sixth album, the band exhibit an enhanced sense of lyrical and conceptual substance. With songs touching upon everything from looming climate disaster to theistic mythology, Olof and Elize have truly blossomed as commentators on mankind’s trials and tribulations. These are exciting, meticulously crafted future-metal anthems, custom-built to make heads bang, but underpinned by a profound sense of humanity and emotional honesty