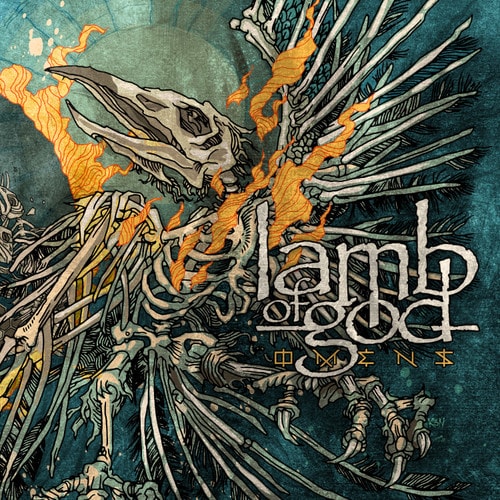 Across their career Lamb Of God grew from basement shows and grimy DIY venues to headline arenas. The New Wave of American Heavy Metal architects earned a reverence akin to musical forefathers (and road companions) Metallica, Slayer, and Megadeth. “For millions of headbangers, Lamb Of God are simply the most important contemporary metal band in the world,” Guitar World observed. Timeless songs like “Laid to Rest,” “Redneck,” “Walk with Me in Hell,” and “Now You’ve Got Something to Die For” became anthems in the heavy metal songbook, with gargantuan vocals born from both righteous anger and devotion, and unrivaled riffs for the ages. Now, the Grammy-nominated goliath follows 2020’s self-titled slab with a vicious new testament. Riding high on an insatiable drive, a focused collective camaraderie, and a creative renaissance saluted by the likes of Rolling Stone and NME, Lamb Of God returned to longtime producer Josh Wilbur (Megadeth, Korn, Avenged Sevenfold) and carved the gloriously unhinged Omens into sonic stone. Even as D. Randall Blythe (vocals), Mark Morton (lead guitar), Willie Adler (guitar), John Campbell (bass), and Art Cruz (drums) enjoy one another’s company and chemistry like never before, Omens is possibly the angriest Lamb Of God album yet. Densely muscular, soaked in unnerving spite, with a pessimistic eye toward inner struggles and global affairs alike, Omens is a furious entry in the catalog. Most of the album was recorded live in the studio, including Blythe’s vibrantly unhinged vocal attack. Morton and Adler’s riffs threaten, challenge, and devastate. Cruz and Campbell’s unstoppable rhythms lurch and beckon. Having shined on 2020’s Lamb Of God, Cruz injects even more nuance and personality into his playing across Omens’ songs. It’s a potent, palpable energy Lamb Of God first tapped when they shoved heavy metal into the new millennium with New American Gospel (2000). As the Palaces Burn (2003) joined Rolling Stone’s Top 100 Greatest Metal Albums of All Time. Ashes of the Wake (2004) was the first Lamb Of Gold album certified gold by the RIAA, a feat once all but impossible for a contemporary extreme metal band. Sacrament (2006), Revolver’s Album of the Year, went gold as well. The raw and organic malice of Wrath (2009) began the band’s enduring relationship with Wilbur. Both the diverse Resolution (2012) and the explosive VII: Sturm und Drang (2015) debuted in the Top 5 of the Billboard 200. The 2020 self-titled set, their first new material in five years, added instant classics “Memento Mori” and “Resurrection Man” to the repertoire, alongside eight more monster tracks. Revolver, Metal Hammer, Loudwire, and Consequence included Lamb Of God on their year-end Best Albums lists. The momentum continues with Omens, arguably the band’s most aggressive and ambitious yet. The hardcore fire at the heart of Lamb Of God still burns as hot as the 12-foot flames blazing the stages on their co-headlining trek with Megadeth, appropriately called “The Metal Tour of the Year.” Even as the state of the world descends, the state of the union for Lamb Of God remains strong.