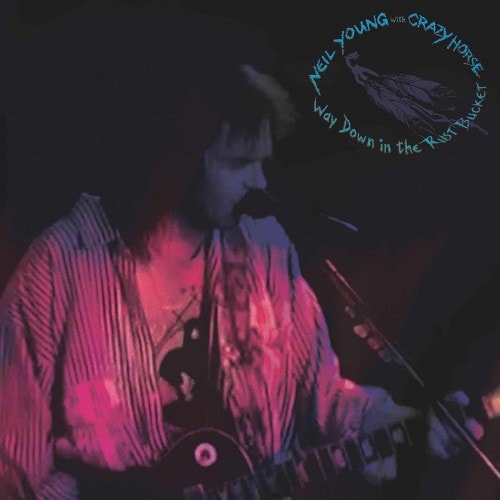 After recording Ragged Glory at Broken Arrow Ranch in the spring of 1990 and releasing it that September, Young and Crazy Horse took the stage at The Catalyst in Santa Cruz on November 13 to unleash the songs upon a live audience. In true Crazy Horse fashion, the incendiary show ran across three sets and over three hours, with songs like “Love and Only Love” and “Like a Hurricane” hypnotically stretching past ten minutes. The Catalyst gig also marked the first time “Danger Bird”—a cut from Young’s 1975 album Zuma—was played for a live audience, thundering on into psychedelic six-string fireworks. Other live debuts on Way Down in the Rust Bucket include “Surfer Joe and Moe the Sleaze”, “Love to Burn”, “Farmer John”, “Over and Over”, “Fuckin’ Up”, “Mansion on the Hill”, and “Love and Only Love.”

Way Down in the Rust Bucket—which is #11.5 in Neil Young’s Performance Series—will be released in a number of variations. A deluxe edition box set will contain a DVD of the electrifying live concert—directed by Bernard Shakey and produced and directed for Shakey Pictures and Upstream Multimedia by LA Johnson—alongside four LPs and two CDs. The DVD contains one additional performance of “Cowgirl In The Sand” (13 minutes’ worth!) which does not appear on the vinyl or CD editions. Other versions will include a 4LP vinyl box set and a 2CD set.

Way Down in the Rust Bucket is a worthy reminder of all the greatness he has up his sleeves.