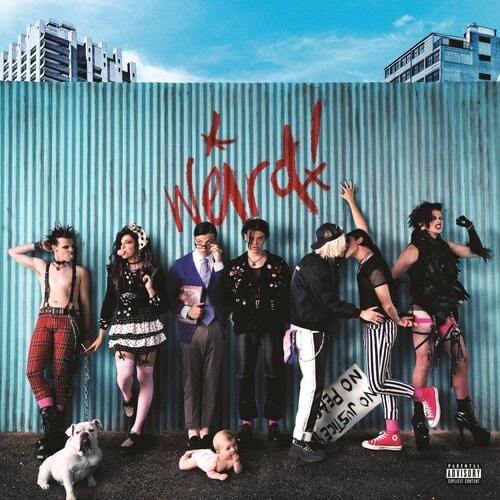 Wikipedia: Weird! is the second studio album by English singer Yungblud, released on 4 December 2020 by Locomotion and Interscope Records. Originally scheduled for 13 November 2020, the album’s release was delayed due to the COVID-19 pandemic. It is Yungblud’s first album since 21st Century Liability (2018). The album was supported by six singles: “Weird!”, “Strawberry Lipstick”, “God Save Me, but Don’t Drown Me Out”, “Cotton Candy”, “Mars” and “Acting Like That”, and contains collaborations with Machine Gun Kelly and Travis Barker. The album topped the UK album chart selling 39,000 units in its first week.