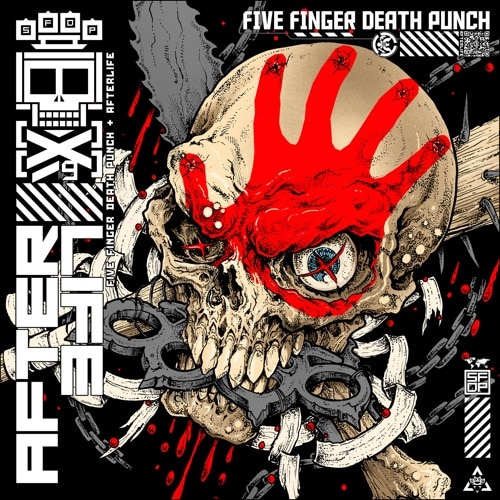 Multi-platinum hard rock powerhouse Five Finger Death Punch release “AFTERLIFE,” their highly anticipated new studio album. Having amassed over 8 BILLION streams, the band’s highly anticipated follow-up to their 2020 release F8, which debuted at #1 on rock charts around the world with Top 10 Mainstream chart debuts in the USA, Austria, Australia, Canada, Finland, Germany, Sweden, Switzerland, the UK and more, implores fans to fight for their rights to be unapologetic and straightforward about their opinions. Accompanying track “IOU” questions if it’s better to serve in heaven or reign in hell, giving listeners an introspective look at what societal pressures to back down on their viewpoints could result in. Last month, the band released the first official single and title track from“AfterLife,” from their upcoming studio album, and were met with critical praise, asLoudwire deemed it a “hard-hitting rock radio gem you’d hope for from 5FDP, starting with a solitary atmospheric guitar lick, giving way to bullet-like drums and a fleshed out full band assault brimming with energy and a pulsing low end.”