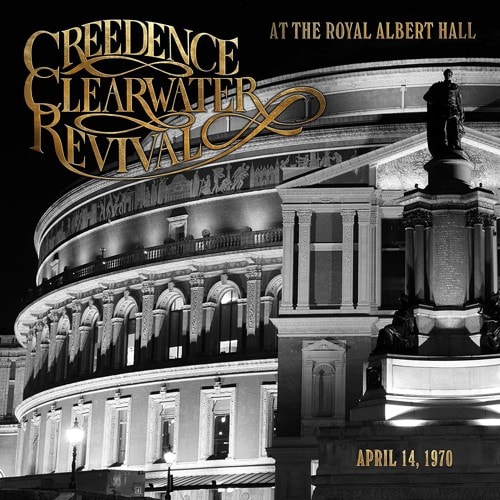 For years, rumors have circulated about a long-lost Creedence Clearwater Revival recording, captured at their April 1970 concert at London’s Royal Albert Hall. It all began in 1980—nearly a decade after the Rock and Roll Hall of Famers parted ways—when a live CCR album was mistakenly titled “The Royal Albert Hall Concert.” It was quickly discovered that the recording was not from the historic London venue, but instead from a January 1970 show at the Oakland Coliseum in California. While that album was stickered with correctional information and duly renamed The Concert for later production runs, actual audio from Royal Albert Hall remained unreleased…until now! This album marks the first official release of the highly-anticipated recording of, Creedence Clearwater Revival at the Royal Albert Hall, offering the complete live show from that legendary night. The fiery set includes CCR classics such as “Fortunate Son,” “Proud Mary,” “Born on the Bayou,” “Travelin’ Band” and much more.