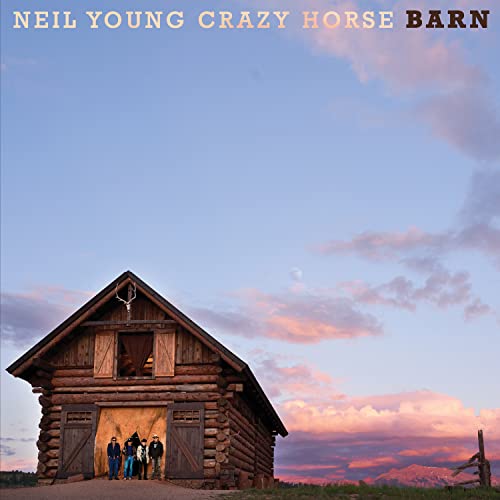 ‘Barn’ is Neil Young & Crazy Horse’s new album. Today, Crazy Horse features Ralph Molina on drums, Billy Talbot on electric bass and multi-instrumentalist Nils Lofgren. Lofgren, a founding member of the Horse, who played on Tonight’s The Night, After The Gold Rush and Trans. 10 new songs that capture the raw, idiosyncratic rock and roll spirit and lyrical beauty that epitomizes a classic NYCH collaboration. Recorded this summer under a full moon, in a restored off-grid 19th century barn high up in the Rockies, the Horse was right at home and the album’s stunning love songs, reflective ballads and powerhouse rockers naturally burst into life. The deluxe edition that include the LP, CD, and Blu-ray film. The film of the same titlecaptures this legendary band in their element – in the wild, their easy humor, their brotherhood, their humanity, and of course, the music, live, recorded in their unique spontaneous way. It is directed by Daryl Hannah.