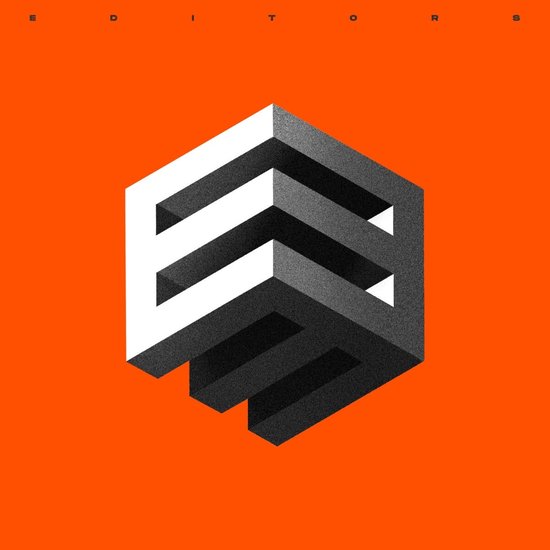 Also: Orange Vinyl With Etching On Side D – 38 euro

A band who have never stood still creatively, EBM is a breathlessly heavy step up and Editors’ most leftfield material yet – a thrilling, unrelenting thrust of full-bodied electro-industrial rock. The album title is an acronym of Editors and Blanck Mass but also a knowing reference to Electronic Body Music, the potent sound that originated in the 1980s and which has hugely influenced Editors’ new material, where the synths of bands like Nitzer Ebb, Front 242 and DAF hammer darkly amongst smoke machines, strobe lights and the smell of leather. The new album will be the first with new band member Benjamin John Power, aka Blanck Mass. “There is a strong physicality to this record. EBM started its life with the intention of connecting with people and filling a very physical space. There is also however an emotional physicality running throughout; An urgency and a sense of panic. An unease. Even in its more tender moments there is a yearning for connection.” Power explains. Power’s addition to the band meant that, for the first time, the song structures weren’t coming from frontman Tom Smith, with him and further band members Justin Lockey, Elliott Williams, Russell Leetch and Ed Lay receiving files to tinker with and flesh out in the studio when they eventually regrouped. “Ben has certainly been a shot of adrenaline in our creative process,” says Tom. “The songs are so immediate, and in your face.”