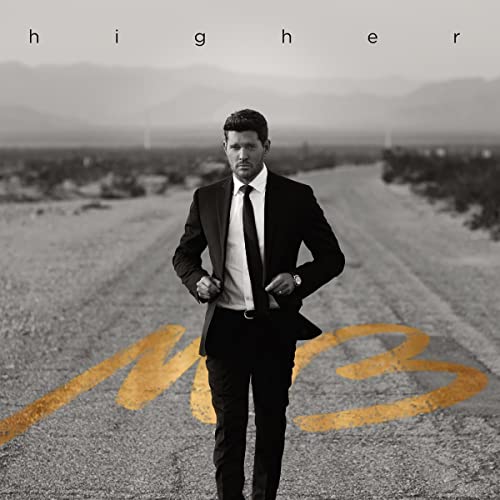 Produced by Greg Wells and Bob Rock along with Allen Chang, Jason ‘Spicy G’ Goldman and Sir Paul McCartney, HIGHER is Bublé’s first studio album in three years and follows his hugely successful sold out two-year global “An Evening With Michael Bublé Tour” as well as the 10th year of the massive success of his classic Christmas album.

Standouts on the new album include a magical duet with Willie Nelson of his song “Crazy,” a Bublé heartfelt version of the Sir Paul McCartney penned song “My Valentine” (produced by McCartney), the Bob Dylan classic “Make You Feel My Love,” and three Bublé penned originals including the new single “I’ll Never Not Love You.” Other highlights are Bublé’s take on the Sam Cooke’s classic “Bring It On Home To Me,” “You’re The First, The Last, My Everything,” and the joyous “A Nightingale Sang in Berkeley Square.” The album closes with a dramatic and breathtaking version of “Smile” accompanied by a gospel choir.