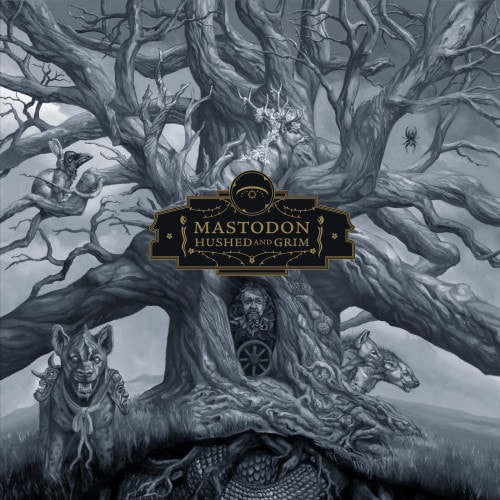 Mastodon’s ninth full-length album, ‘Hushed And Grim’ closes a four-year gap. It is the heavy rock quartet’s first double album and first new record since 2017’s Emperor of Sand, which netted the Atlanta band a GRAMMY® Award in the category of “Best Metal Performance”. Over the past year, the group recorded HUSHED AND GRIM in their hometown, collaborating with producer David Bottrill [Tool, Rush, Muse, Peter Gabriel] behind the board. As their most ambitious body of work to date, it consists of 15 tracks, surveying sonic landscapes of rock, psychedelia, punk, metal, alternative, and prog threaded together by the innately expressive musical interplay of these four virtuosic musicians. For as much as HUSHED AND GRIM is steeped in one of the darkest periods of the band’s career as each member experiencing personal grief, its light shines through in a fully realized manifestation everything Mastodon is right now.