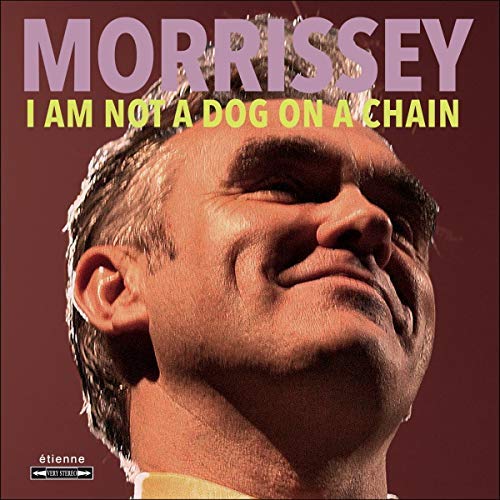 Morrissey has announced his next studio album. I Am Not a Dog on a Chain arrives March 20 via BMG.The 11-song album, recorded in Saint-Rémy-de-Provence, France, and Hollywood’s Sunset Sound and produced by frequent collaborator Joe Chiccarelli, is preceded by first single “Bobby, Don’t You Think They Know?” featuring Motown R&B great Thelma Houston. The new LP marks Morrissey’s first collection of original material since 2017’s Low in High School. Since then, the singer has released 2019’s California Son, a record of cover songs including tracks by Joni Mitchell, Roy Orbison, Bob Dylan, and others. In addition to the title track, the new album features very Morrissey song titles like “Darling, I Hug a Pillow,” “What Kind of People Live in These Houses?” and “My Hurling Days Are Done.”