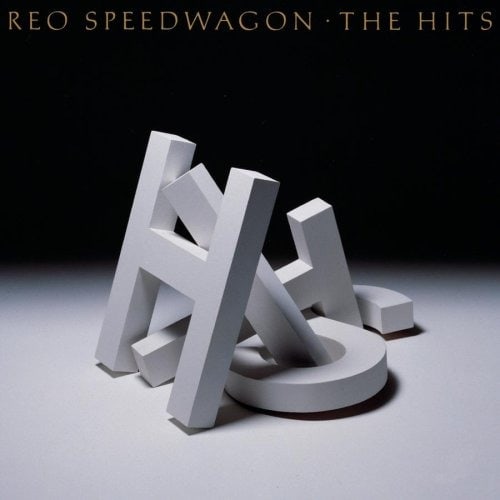 “The Hits” is a compilation of REO Speedwagon hits including “Can’t Fight This Feeling” and “Keep on Loving You”, and two new tracks: “Here With Me” and “I Don’t Want to Lose You”.

“Here with Me” cracked the top 20 on the Billboard Hot 100 and the top ten on the Adult Contemporary chart. “Here with Me” is the last single featuring both drummer Alan Gratzer and guitarist Gary Richrath; each left the band within the year following this album’s release.

“Keep the Fire Burnin'”, which reached #7 on Billboard’s Hot 100 chart in 1982, is conspicuously absent from this compilation.

This compilation is one of several that have been released. “The Hits”, originally released in 1988, was remastered and reissued in 2002.