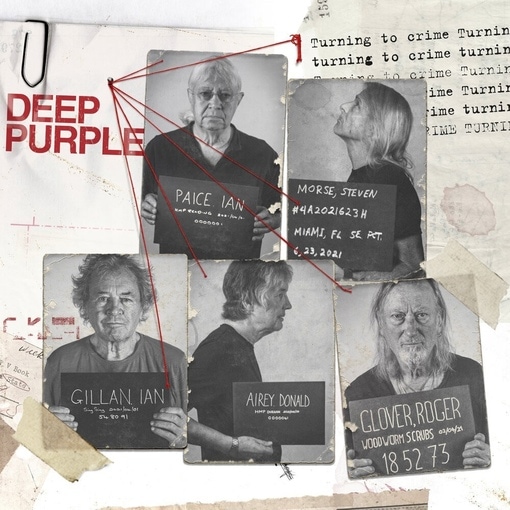 No one is expecting the band to release a new album, especially 1 year and 3 months after “Whoosh!”. Additionally, this is a covers album. After the success of the recent albums (“NOW What?!”, “inFinite” and “Whoosh!” sold over 1 million albums altogether, topped the charts 11 times and achieved more than 40 Top 10 positions worldwide), “Turning To Crime” is supposed to take away the pressure to “deliver”, both commercially and artistically. A top job, always remaining on high-standards (musically, visually and commercially) before the next studio album campaign will reinforce the brand and at the same time will allow the next album to avoid a direct comparison with the “golden trilogy”.

With a surprise announcement in September/October, we will try to obtain a high level of excitement, enthusiasm and fans interaction in a shorter promotional window than usual. In mid September, full page ads are going to appear in all rock magazines worldwide, revealing 5 mysterious mug shots (no band logo, no band title) and arrest warrants will be send out to media. On October 6th, the official album preorder will begin. By doing it, we are expecting to generate a fast high ranking on amazon which would ideally influence all other street retailers and media. Once done, we expect it would be easy to make the interest and attention last well after the Christmas season. Due to the limited amount of time, communication and timing need to be on point. Right from the start, fans need to be taken on the “Turning To Crime” journey with a schedule precise to the day.