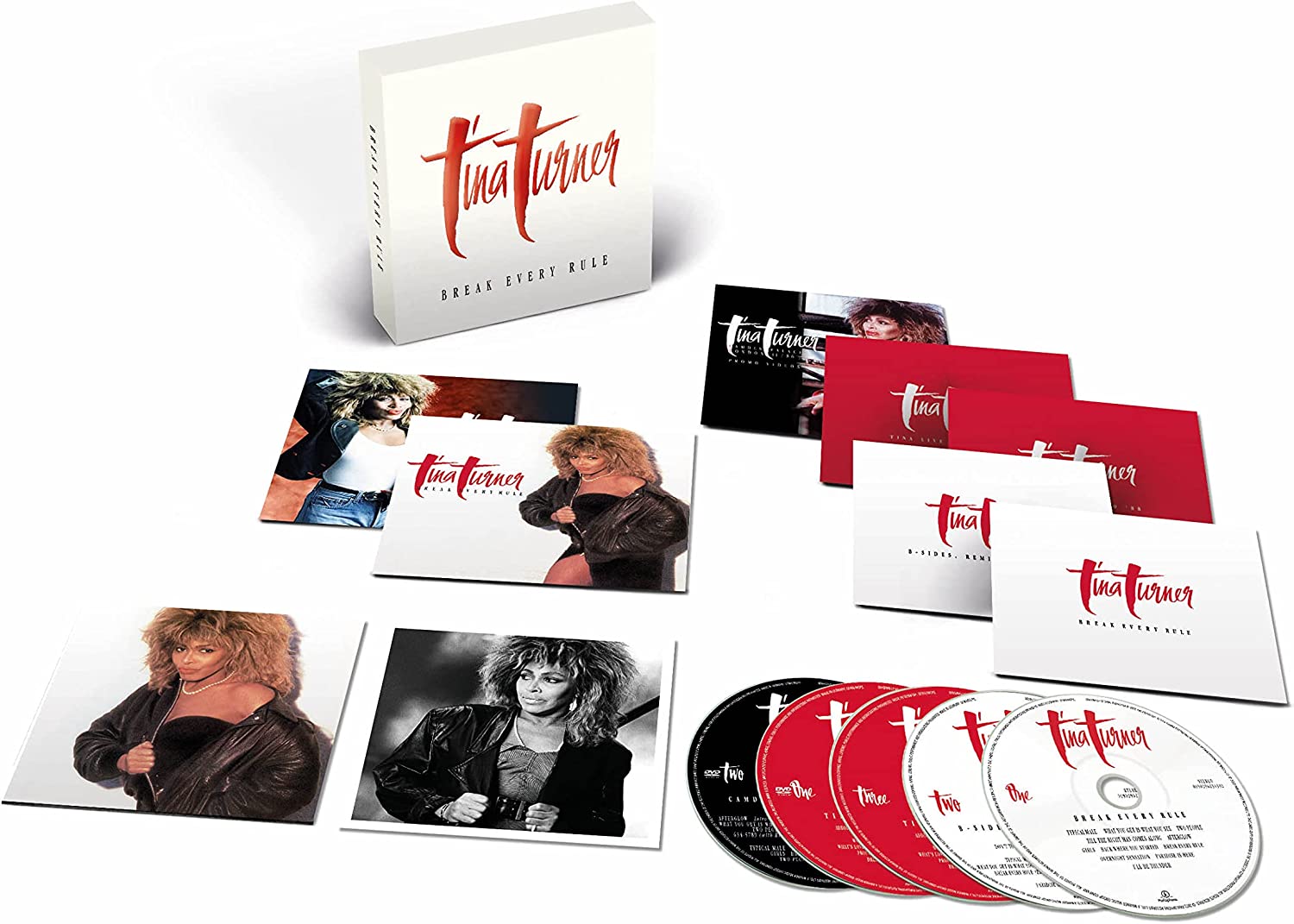 On 25th November, Tina Turner’s 1986 album Break Every Rule will be released in a stunning 3CD/2DVD deluxe package, alongside a 1LP black vinyl and an expanded 2CD.

The 3CD/2DVD deluxe edition will be encased inside a premium box in a similar vein to last year’s highly popular Foreign Affair deluxe edition. It contains the original album fully remastered for the first time, with the second CD containing a collection of B-sides, remixes and live performances. On CD3, fans will be able to relive Tina’s Guinness World Record performance in front of over 180,000 adoring fans at the Maracanã in Rio de Janeiro. The footage of the legendary concert is on DVD1, with DVD2 containing all the promo videos upgraded to HD for the first time, alongside a more intimate gig from Camden Palace in London.

Break Every Rule was Tina’s follow-up album to the hugely successful comeback album Private Dancer. The first single Typical Male was a big chart success, reaching number 2 in the US and number 3 in Germany, alongside a number of top 10 finishes across the globe. Back Where You Started earned Tina another Grammy for Best Rock Vocal Performance, Female in 1987. The album included a number of star-studded guest performances and songwriting, from David Bowie, Mark Knopfler, Bryan Adams, Phil Collins, Steve Winwood and many more. It also saw the return of Terry Britten and Graham Lyle’s songwriting partnership, penning the first five tracks of the album.