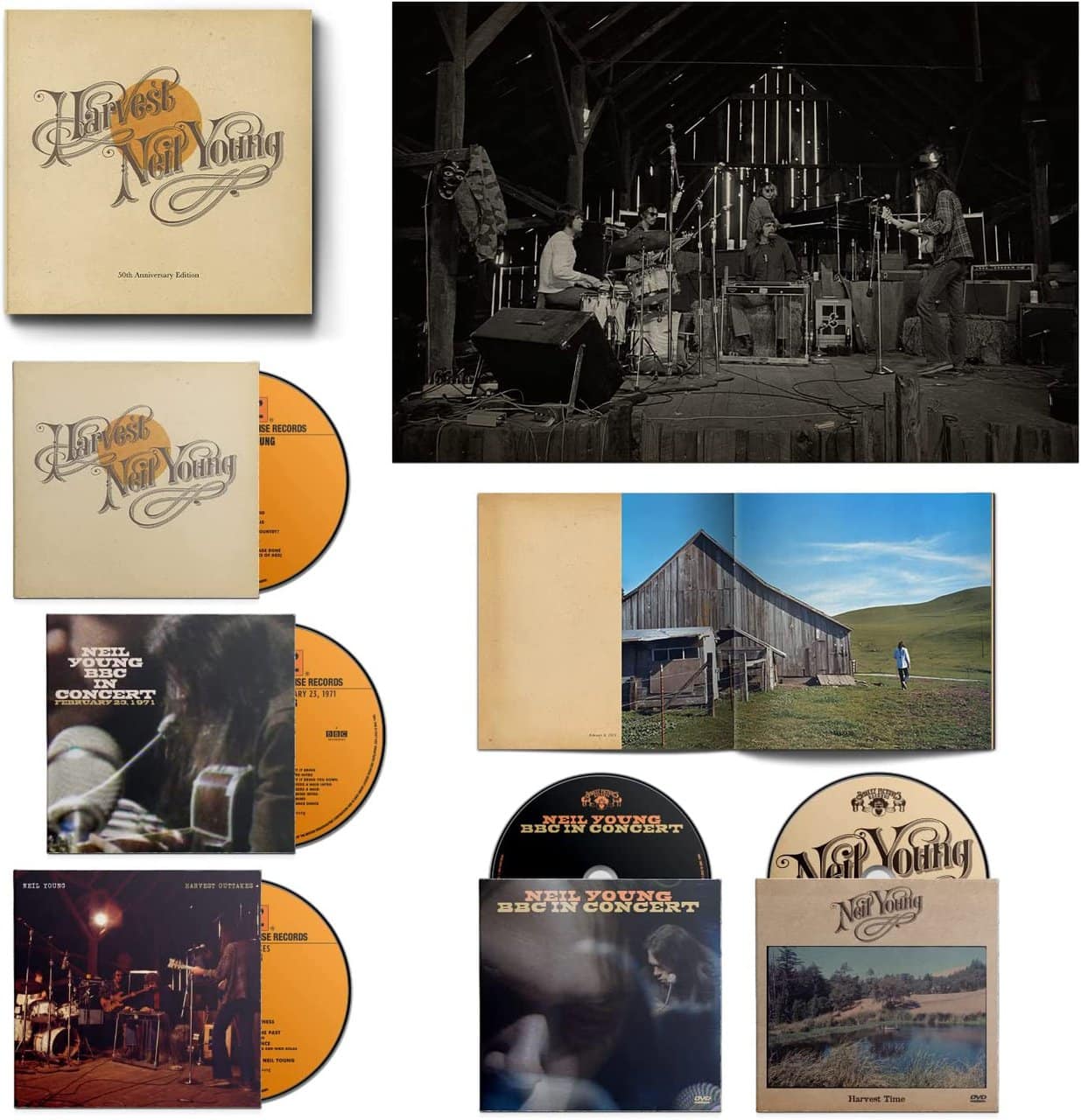 Neil Young’s 1972 album ‘Harvest’ is getting a well-deserved 50th Anniversary Edition. Young’s fourth solo album remains one of the most beloved in his catalog and is dense with songs that have long-permeated radio waves. The 50th Anniversary Edition Box Sets will be released December 2nd on Vinyl and CD, boasting the original album, three studio outtakes on CD/7” vinyl, an unreleased live 1971 BBC solo performance on CD, LP and DVD. The film Harvest Time is a previously unseen 2-hour documentary filmed in 1971, documenting the Harvest sessions. Also included in the package is a hardbound book and fold-out poster. The vinyl box sets include a lithograph print.

Fans of the record will receive a new glimpse into Harvest through the two DVDs included in the box set. The first is Harvest Time, an unreleased two-hour film shot during the making of Harvest, with footage from Young’s ‘Harvest Barn’ sessions in Northern California, recording sessions in Nashville and London. The second is a film of the unreleased solo BBC Concert recorded on February 23, 1971. Also included are three outtakes tracks from the original Harvest sessions: “Bad Fog of Loneliness,” “Journey Through The Past,” and “Dance Dance Dance.” Additionally, the hardbound book will include never-before-seen photos along with extensive liner notes by photographer Joel Bernstein.