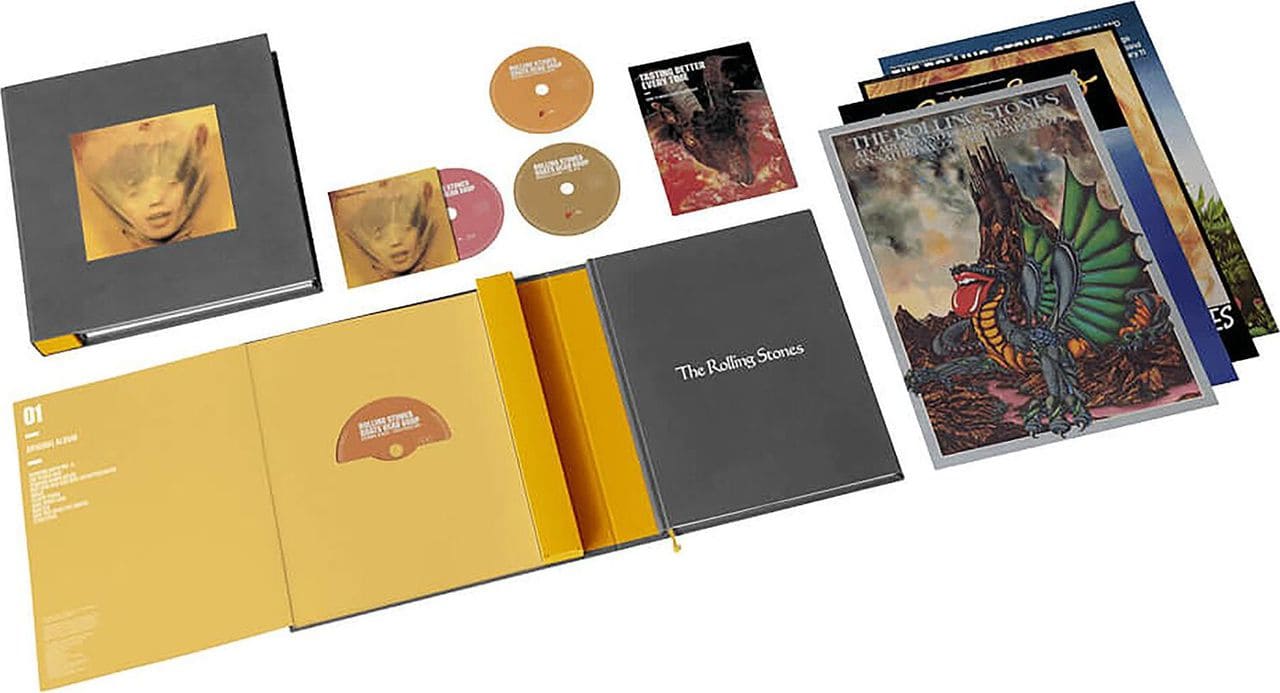 Also included is The Brussels Affair, recorded live at the Forest National Arena in October 1973. The 4 discs are housed in the boxset alongside a 120 page book with an incredible array of photos and 3 essays. 50 Years On – An Appreciation of Goats Head Soup by Ian McCann, Brussels Affair Live 1973 Tour by Nick Kent & The Story Of The Cover Art by Daryl Easlea. The set is completed with 4 x 1973 reproduction tour posters, rolled up within the packaging to avoid creases.