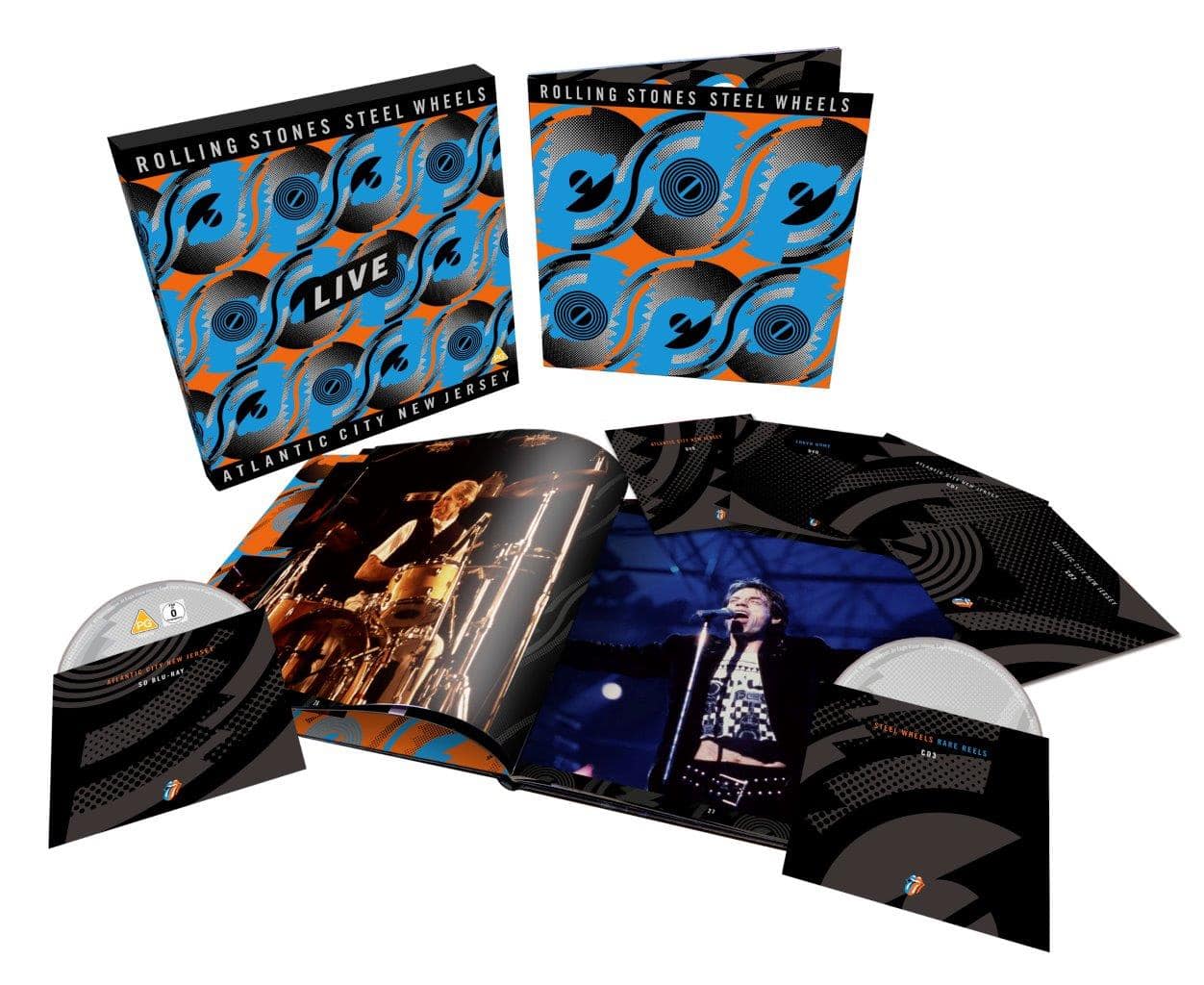 Having not hit the road for most of the 80s, The Steel Wheels Tour was an astounding return for the Rolling Stones, not least as it was the longest tour they had by that point undertaken. It was also to be their last with Bill Wyman. Steel Wheels Live was recorded towards the end of the band’s 60-date run through the stadiums of North America, in the second half of 1989.

The gate-busting ticket sales were one thing, but the stage and lighting design of The Steel Wheels Tour set the pace for superstar tours as we know them today. Special guest appearances from Axl Rose, Izzy Stradlin, Eric Clapton and John Lee Hooker on this Atlantic City date make this an even more extraordinary document of the band’s return to touring.